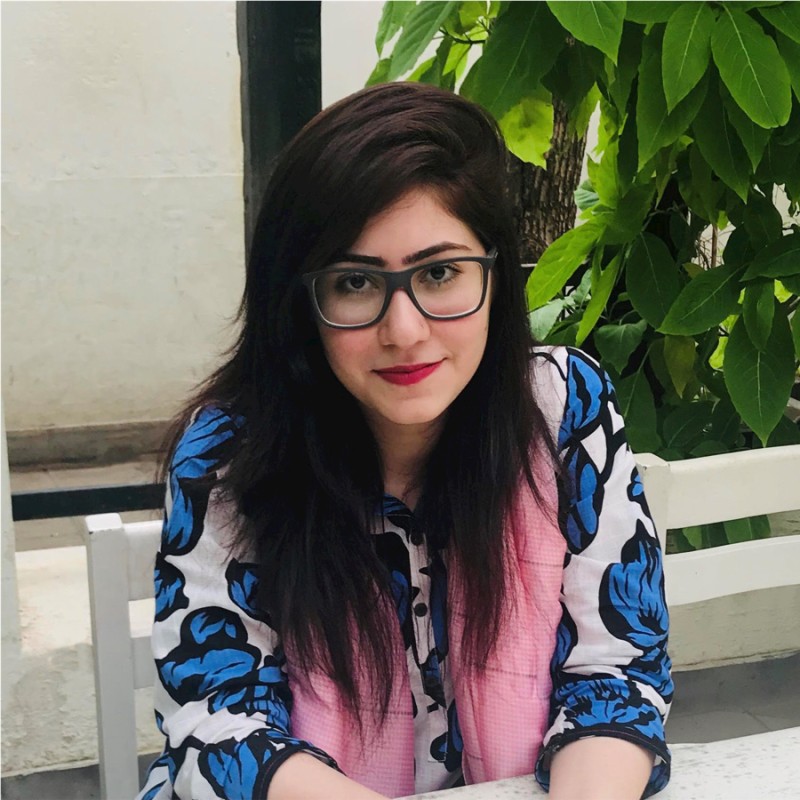 Change Management Examples to Inspire New Thinking In Your Organization 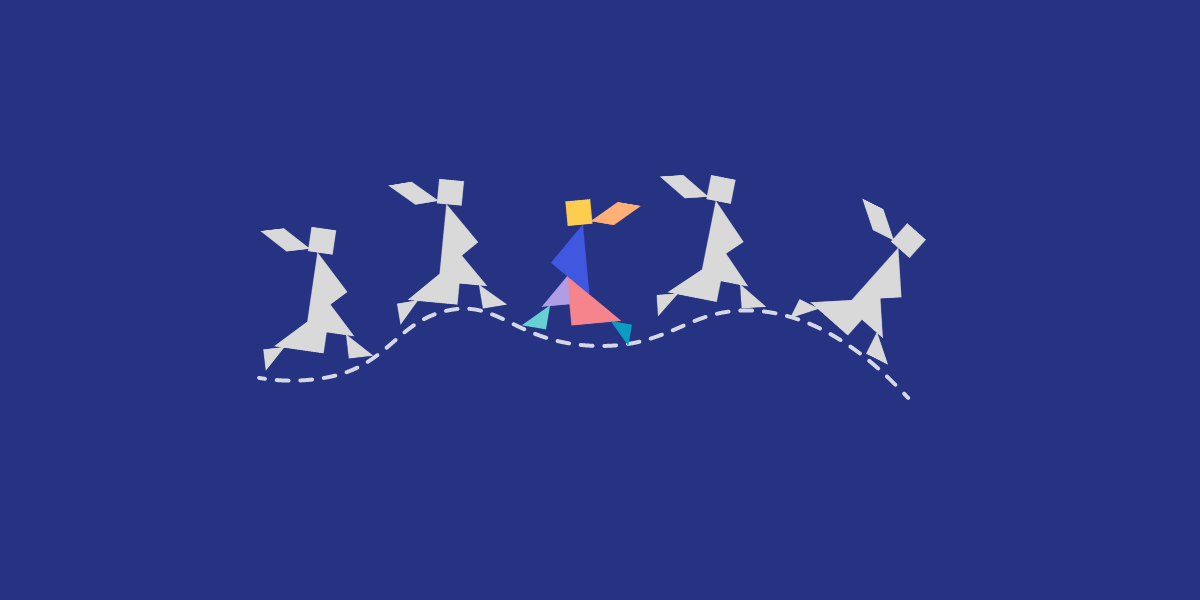 From Blackberry failing to adapt and stay relevant, to Domino’s pizza implementing digital transformations and becoming the world’s second-largest pizza chain, there are plenty of change management examples out there - from resounding successes, to disastrous flops.

However, all of them paint the same picture: identify when a change initiative is needed, then create a change management strategy to execute it.

But if you’ve been feeling like a change in your organization is necessary, don’t rush it. Start with looking at change management examples to learn what other businesses did when faced with such a struggle. This will get you thinking — even inspire you to make a much-needed change.

So with that, let’s take you through real-life examples of successful change management. We’ve divided these examples by the type of organizational change they are so you can navigate them easily.

What types of change do organizations go through?

A handful of factors go into successful change management implementation. One of them is identifying the type of change a business is going through.

Working out the type gives you clarity on the initiative itself and guides in creating a strategy that outlines your change management efforts. It also assists you in addressing employee concerns accordingly.

Any software or digital transformation change comes under this category.

However, managing this initiative isn’t uber-challenging. By correctly addressing the ‘why,’ modeling the new tool’s use, and providing the necessary resources, you can implement a successful change in tech.

These are often the toughest type of change to deal with for employees as there’s significant uncertainty involved.

Naturally, when employees don’t know what to expect, they also report being stressed and having trouble concentrating on their work — even becoming distrustful as their teammates are laid off.

An effective way to successfully lead this type of change is to keep employees informed throughout the process.

Also, keep in mind: never make an announcement such as one of letting a team member go without first informing them in private.

These changes include changes to an organization’s strategic vision, such as introducing a new product line or closing one.

Although there’s a measure of uncertainty involved in such an initiative, effectively implementing it boils down to leadership’s clarity of the new vision and making a convincing case for it.

Basically, the clearer leadership is about the new strategy and its need, the better they can persuade employees on why it’s needed and how it’ll help them.

Not to mention, clarity and subsequent confidence in the strategy motivates employees — eliminating uncertainty around the change management strategy.

Lastly, a mission change is pretty similar to a strategic change in the way it’s implemented.

It may involve a full 360-degree change in the mission or a handful of vision changes. Either way, this change type gives your company a new focus and direction — impacting decision-making and all or a handful of work processes.

Again, thinking through this type of change is crucial for not only its full implementation but also the business’s wider success.

Change management examples to get you thinking

There are a ton of change management examples from companies that have taken different change initiatives to the finish line.

These examples of successful organizational change are to inspire you. But if you’re gearing toward making a change in your business’s strategy, mission, operations, or technology, be sure to pause and give the idea enough thought.

This is an essential prerequisite for not rushing through the change process. It’s also crucial for achieving clarity on the exact changes to make and how.

Most of all, thinking things through is crucial for making sure you are only spearheading change initiatives that are the most important for your business.

With that, let’s look at specific change programs along with real-world examples of businesses that have executed them.

Both agile and waterfall methodologies come with their pros and cons. But with one picking up steam, it’s easy to assume your company needs to follow it to achieve success.

The truth? Both these work styles suit different companies. Be sure to dive into the differences between agile and waterfall so you can tell which will suit your company the best.

What’s more, instead of making a top-down decision, get your employees’ opinions. This is a must because these work methodologies determine the way people execute projects and collaborate with each other. So taking a decision ‘for’ them instead of ‘with’ them will only bring up resistance.

Take it from Cisco, which successfully implemented this change type. Their Subscription Billing Platform (SBP) project was run by different teams working on building, testing, and deploying features. Each team worked in a sequence, slowing the development process, which birthed quality problems, missed delivery dates, and overtime.

Cisco then moved to adopt the agile framework to encourage separate teams to collaborate on building, testing, and releasing features. The result? 40% reduction in defects as compared to releases made based on the waterfall methodology.

2. Switching to a new tech stack or operating platform

Tech changes can be as straightforward as introducing a new tool in the workflow or as complicated as shifting entire company data to a different platform.

It could also include assigning people new roles as change managers or creating a new Project Management Office (PMO) to standardize processes around project management. The latter is a mixed example of technological and operational change.

Whatever the specifics of your change plan, make sure you make the tech change about the people and explain how the new software will solve specific problems employees have been struggling with.

For example, digital innovation firm TribalScale identified the problems they were facing: tool fatigue and time waste caused by lots of tools in the tech stack. Switching between tools also made updating clients and invoicing them a challenge.

The team then mapped out how Runn, the new project management software they wanted to use, would help solve each of these concerns.

The results? Successful change implementation which not only helped TribalScale save time but also improved resource allocation and internal and external reporting. The team also cut down invoicing time from four days to two hours.

3. Changing or optimizing people or processes

As previously touched on, this change management example is often the toughest to deal with as it can breed distrust among employees.

To add, it can be hard to explain the ‘why’ behind the change unless you’re optimizing workflows or processes — not teams and their structures.

General Electric, for example, successfully handled a change in its process by introducing the Six Sigma technique for reducing defects in products and processes.

Immediately the change added $300 million to General Electric’s bottom line. But the secret to continually driving positive results from this move? The company kept testing and re-optimizing its processes using this technique, which helped it save about $10 billion.

The takeaway: your change management plan shouldn’t focus on rolling out the change alone. Instead, it should strategize how you’ll continue to optimize the change to drive the most benefits from it.

From the Covid-19 pandemic to the economic downturn witnessed in 2022, there are tons of examples of crises that businesses have gone through recently.

Depending on how grave the situation is, teams must make different decisions. For example, shifting to remote work or changing their strategy altogether.

One inspiring example of handling a crisis well is Chipotle Mexican Grill. The company was known for its customer-first approach to serving food — customers would walk in to order custom tacos, burritos, bowls, and other items.

But the pandemic threw this strategy off track as social distancing came into practice. So in 2020, the company invested in building and running Chipotlances, drive-thru lanes that service mobile pickup orders — reducing the time it took to serve customers while keeping distance.

Although this change initiative is strategic, it also involved hiring and training new and old employees to use the new operating system. Seen this way, this example falls under both strategic and operational change types since successfully accomplishing one is closely linked to the other.

This type of change is expansive. From executing layoffs to switching to a different team hierarchy, there’s a lot that comes under it.

Microsoft’s major team restructures are a prime example here. Satya Nadella took on this change initiative to beat the destructive internal competition and lack of purpose.

Before this change, Microsoft’s platforms and products existed in different groups. But instead of focusing on a shared goal, the teams competed against each other.

The aim behind the new team structure was clear. Teams would work together on new common functions. To this end, Nadella merged teams to create more productive ones. For instance, the research groups for the Information Platform, Cortona, and Bing teams were merged into a new team called the AI and Research Group.

This change type shifts strategic and operational focus to a different mission altogether.

It’s often easier to execute when a team is small. With large teams though, it takes extensive effort and resources to rally people in favor of your mission change.

Slack, for example, started out with a different mission. It began as a company named Tiny Speck, which made Glitch, a computer game. The game didn’t pick up though and the company had to shut it down in 2012 but not without identifying which aspect of it was a hit.

It turns out users loved the colorful chat functionality of the game. So when Glitch was shut down, the team found a new mission for its popular chat feature and launched the Slack app in just a year.

Unlike Slack which made a mission change and launched a new app only after shutting down its previous one, businesses can make major changes like these within the same company too.

You’ll find decisions like this prevalent among enterprises. Here’s one: IBM. In the early 1990s, the company changed its focus from selling computing equipment, machines, and other hardware to software, computing research, and IT consulting services.

This change came in the face of extreme competition that brought the company a whopping loss of $8 billion. The result? IBM still stands because it could have easily died had it not made this strategic move. Plus, the change improved the business’s reputation and its profits too.

Whether you’re leading an operational, mission, strategic, or technological change, it’s crucial you adapt to change when the time comes.

After you decide what changes to make though, make sure you create a change management strategy for successful execution.

Don’t forget to involve employees throughout the process — from the preparation phase to sharing the results achieved from implementing the change — as it’s a surefire way to reduce resistance and achieve success. 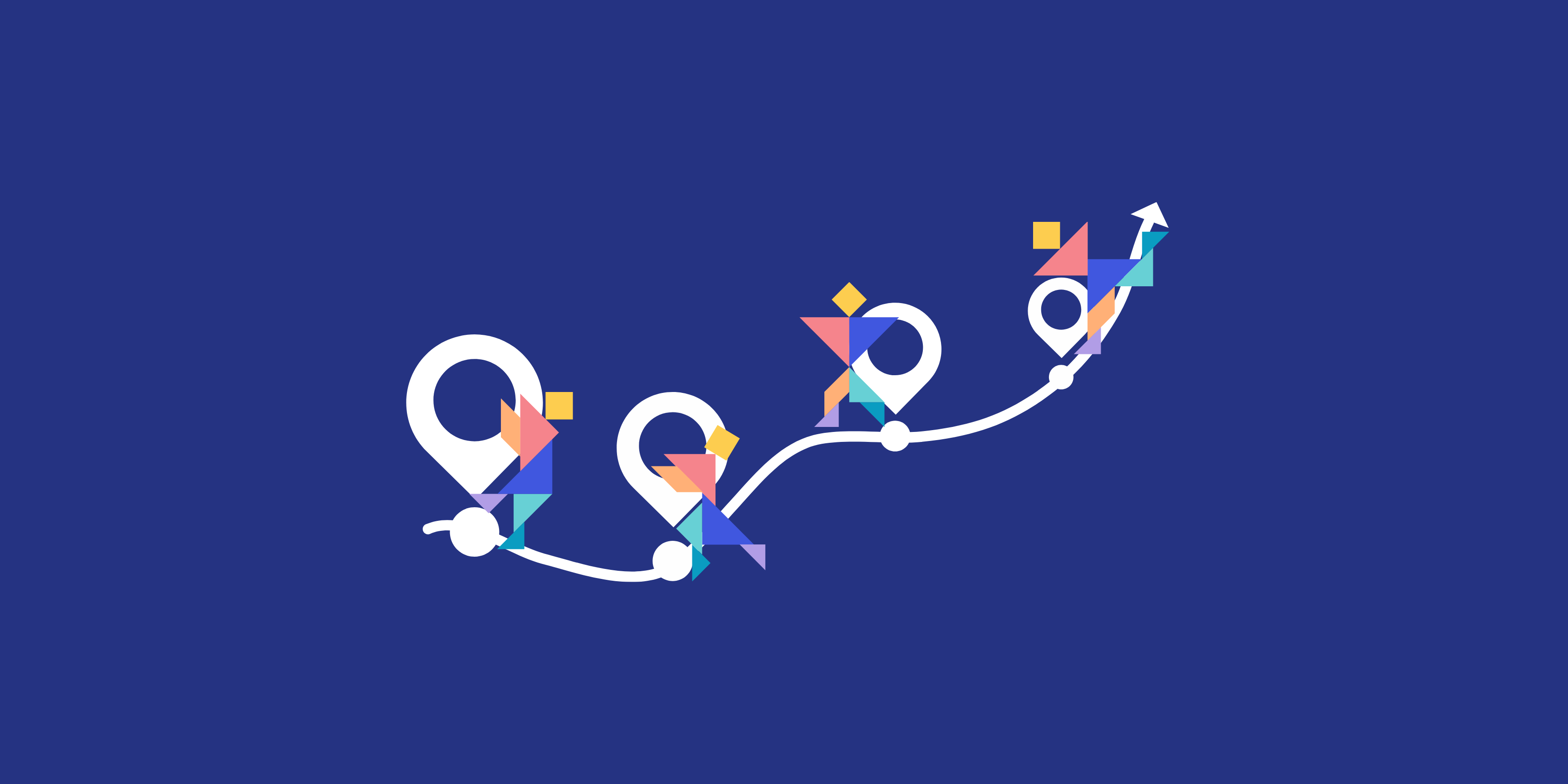 Everything You Need to Know About Team Planning

New to team planning? Creating a team plan is a crucial exercise for the success of your team and business as a whole. Here's all you need to know to get started. 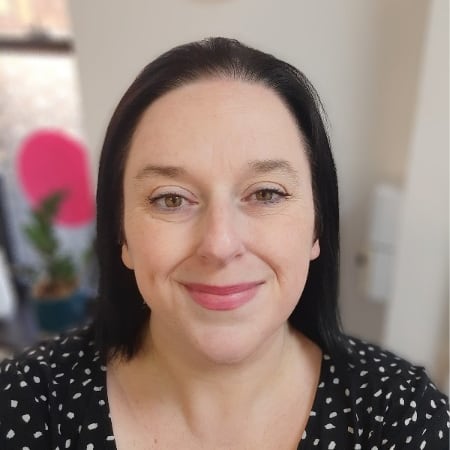 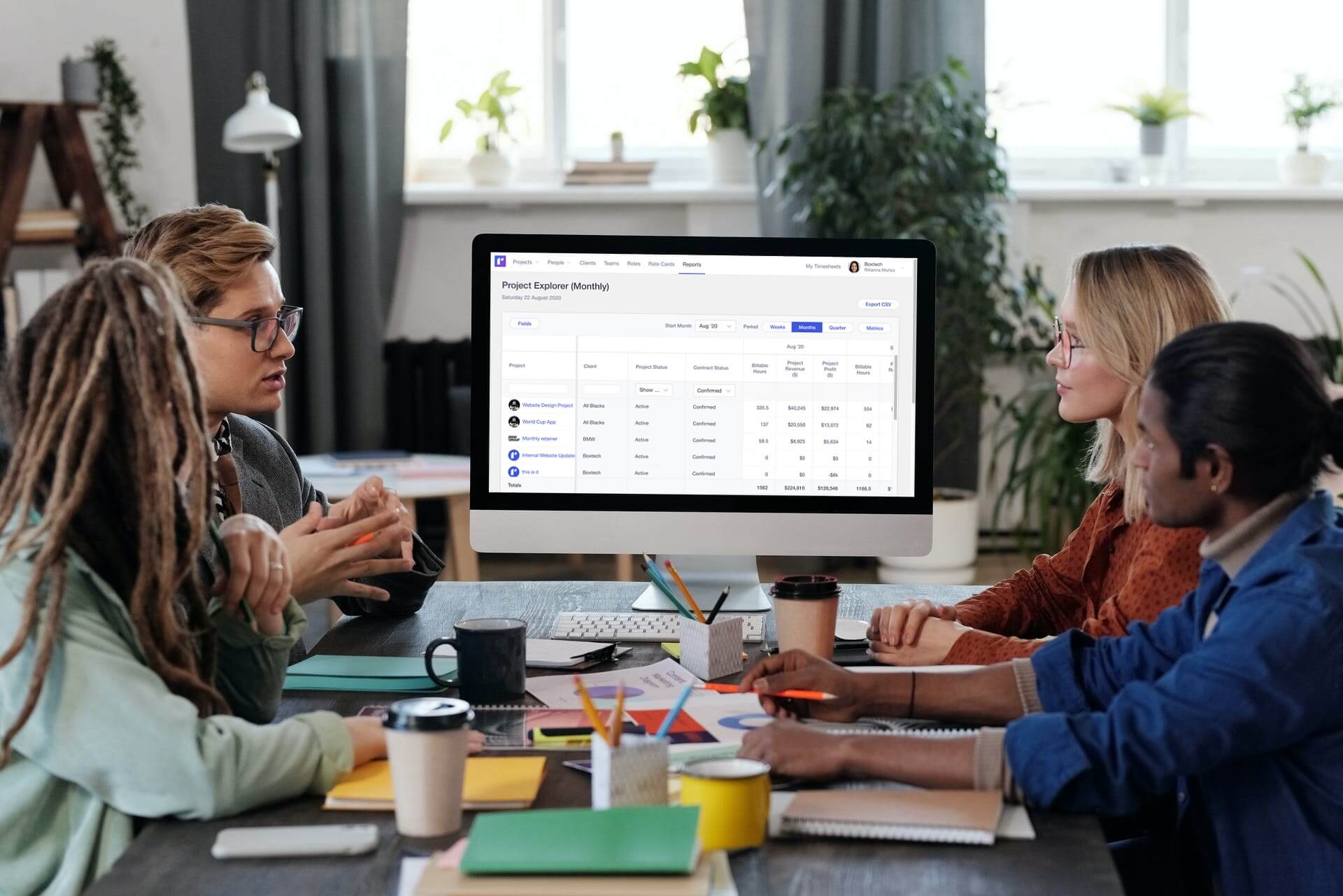 There are many project management reports, but what are the most essential to build? 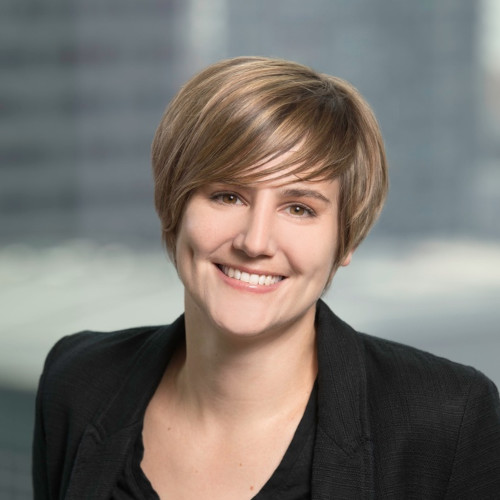 How to Build & Read a Utilization Report 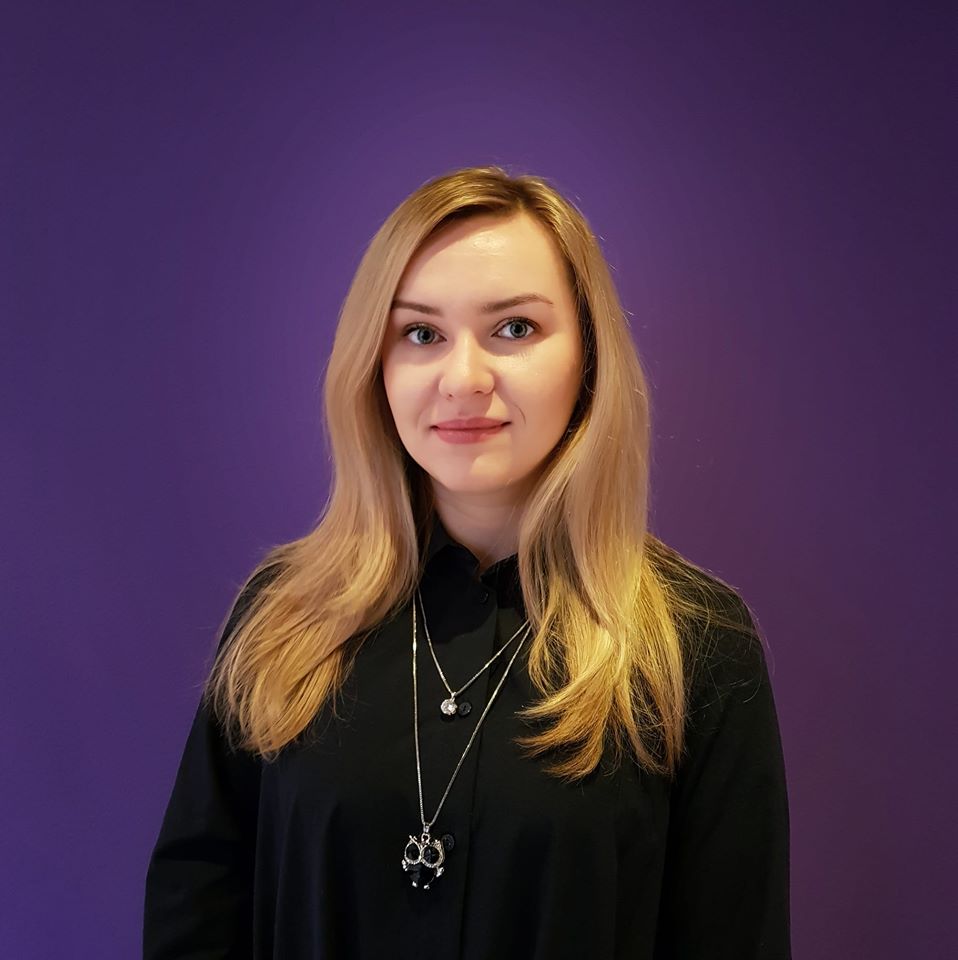